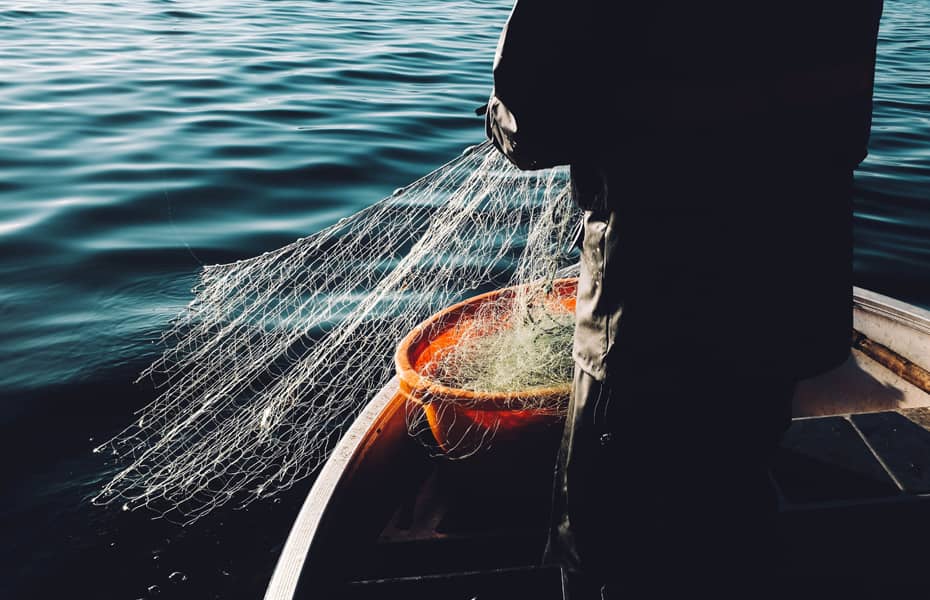 At the beginning of the year I shared that though many of us seek change in our lives – our outward actions can only do so much. It is in having an encounter with Jesus that we can truly find transformation from the inside out. In that initial article I share a story about a man that was once possessed by demons, and what happened when he encountered Jesus. You can read that here.

Now I want to take a look at what happened with a fisherman named Peter. By looking at Peter’s story, we can learn other ways an encounter with Jesus may change us.

One day as Jesus was walking along the shore of the Sea of Galilee, he saw two brothers—Simon, also called Peter, and Andrew—throwing a net into the water, for they fished for a living. Jesus called out to them, “Come, follow me, and I will show you how to fish for people!”  And they left their nets at once and followed him.

First of all how crazy is it that they would be willing to leave their livelihood behind, just like that, when Jesus called them to? It doesn’t really make sense in our minds to leave something they’ve probably been doing all their life, yet they did anyways.

An encounter with Jesus may require doing something completely absurd in the eyes of other people.

Peter became one of Jesus’ closest followers, one of the 12 disciples. He learned from him, witnessed Jesus do miraculous things, even experienced those supernatural moments of his own.

The book of Matthew tells a story of Peter and the other disciples on a boat one evening. While out on the waters:

But Jesus spoke to them at once. “Don’t be afraid,” he said. “Take courage. I am here!” Then Peter called to him, “Lord, if it’s really you, tell me to come to you, walking on the water.” “Yes, come,” Jesus said. So Peter went over the side of the boat and walked on the water toward Jesus.

An encounter with Jesus puts us in a position to experience supernatural things.

This is just one of many incidents where Peter was able to witness and experience the supernatural power of Jesus. This experience isn’t just limited to those 12 disciples either. This is something Jesus promised to all his followers.

As followers of Jesus we are going to experience things in our lives where it is only by God’s grace and power can we face them. So call on the name of the Lord. Ask for anything in Jesus name. And put yourself in a position to experience God’s supernatural power.

In addition to being able to experience these great things. Peter also recognized something about Jesus that others did not understand.

When Jesus came to the region of Caesarea Philippi, he asked his disciples, “Who do people say that the Son of Man is?” “Well,” they replied, “some say John the Baptist, some say Elijah, and others say Jeremiah or one of the other prophets.” Then he asked them, “But who do you say I am?” Simon Peter answered, “You are the Messiah, the Son of the living God.” Jesus replied, “You are blessed, Simon son of John, because my Father in heaven has revealed this to you. You did not learn this from any human being.

An encounter with Jesus allows us to know Him on a deeper level.

It’s one thing to know about God, but another to truly know Him. The religious leaders in Jesus time knew about God yet they failed to recognize his presence. They weren’t able to see who Jesus really was, so they missed out on truly knowing the messiah they’ve been waiting for. There are things God will reveal to us only by spending time in His presence. It is through a relationship with Jesus that we can know God on a deeper level.

After Peter stated to Jesus “You are the Messiah” Jesus then goes on to reveal something about Peter.

Now I say to you that you are Peter (which means ‘rock’), and upon this rock I will build my church, and all the powers of hell will not conquer it.

An encounter with Jesus gives us a sense of purpose.

Even though at the time Jesus said this, Peter didn’t know the full capacity of what Jesus meant. It was later after Jesus had gone from him, that this was fulfilled. Peter became instrumental in growing the church for God.

You too have a purpose. But it is in knowing Jesus, and embracing who he says we are that will help us to live out that purpose.

Have you encountered Jesus this way? On a deep personal level?

If not what’s holding you back?