Trials to Triumph: What I Learned From My Friend Andre 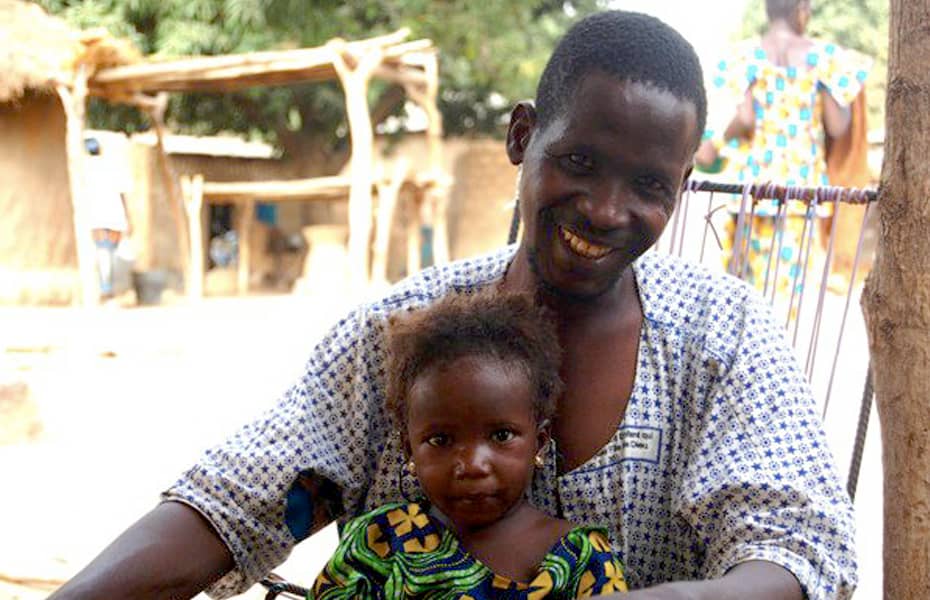 A story of trials to triumph from my experience in Mali West Africa.

In this article I will share my own journey of Trials to Triumph from my experience in Mali West Africa. Actually this year, April 10 2020 marks 10 years since I left Mali West Africa and moved back to the United States.

After college, I lived in Mali for about 4 years from 2006-2010. I was there with my teammate Kacy, and we were working with a people group who did not have access to the Bible in their own language. The people group was a predominantly oral culture, so the way we were going to present God’s word was through a set of oral stories.

This was designed to be a 2 year project. Part of it was to learn the language and culture so we can gain an understanding of their worldview; how they tell stories, what are their beliefs, traditions, and history. Then we use what we learn in order to determine which stories to include in our story set that would help them understand and connect with the message of the Gospel. Next we were going to work with someone from the people group who could record these bible stories in their language and their storytelling style.

In the beginning things were moving pretty smoothly. Even other expats who had been there for over 10 years were acknowledging how quickly we were picking up the language and culture.

But after some months, it felt like things just slowed down, and then just stopped moving forward altogether. We weren’t able to continue with our original storyteller. And that was discouraging. Suddenly it was like we were near the end of our 2 years – our story set was nowhere near finished.

A Decision to Make

Kacy and I knew we didn’t want to leave with our stories unfinished. So we had some decisions to make.

The answer to both questions was yes. Kacy and I decided that after our 2 years were up, we would both go back home to the states for a 2 month break then come back and do 2 more years in Mali. So before we went home for our 2 month break, we started traveling to different villages around Mali. We wanted to see if we could find someone within our people group willing to work on these stories with us.

In a village named Siby, about a couple hours away from where we were currently living  we met a man named Andre. Turns out Andre had heard some of these stories before through a Malian Pastor. So when we told Andre about our project, he was eager and willing to work with us. By the time we left for our 2 month break we had decided that we would move to Siby to be closer to Andre and begin working with him once we got back.

Once we returned from our two month break, we were excited and ready to move forward with our stories. We got moved in and settled in this new village. Kacy and I had created a timeline of what we hoped the next two years would look like. We envisioned completing our story set within the first year of being back. Then in our last year we would visit surrounding villages to distribute our recordings. Unfortunately that’s not how it played out at all. After continuing to learn more about the culture, and really thinking through what stories would resonate with them best, we decided we had to scrap all our previous recordings with our first storyteller and basically start from scratch with Andre.

After working with Andre a few months, he and his wife were diagnosed with a terminal illness. We were with them when they found out, and pretty much since then our time with Andre shifted focus from working on the stories to just doing what we can to help him and his wife as they go through this illness. We spent days and hours driving back and forth from our village to the capital about 1-2 hours away for doctor visits, clinics, treatments, medicines, whatever would help.

It was beginning to feel like it was trials after trials, and it was all becoming quite overwhelming. Eventually all of this began to feel mentally, emotionally, physically, and spiritually draining. It was hard watching someone you care about go through an illness like that, and feel like nothing you tried was helping. It was sad and completely discouraging. I remember one day talking to our supervisor about our situation, and how we were feeling and she said something along the lines that “we are in a Spiritual battle.” All I could say back was “I don’t want to fight anymore” I just felt defeated.

On top of all this, there were other teams that arrived in Mali after us to do similar projects with different people groups. They all finished their projects in the allotted two years and were actually leaving before us. Seeing them all leave with their projects completed –  I just felt like an utter failure.

Have you ever felt that way before? Defeated? Like a failure? Where no matter what you did or tried nothing was working out?

What helped you during that time?

You know what ended up helping me? Andre. When we met him – he was this gentle soft spoken man. He grew up as a farmer, and did not have any formal education, and he always felt bad about that. We could sense because of that his confidence was pretty low. Yet he was so eager to learn that he taught himself to read the bible (in a related language) as an adult.

After we began working on these stories with him it was like it gave him a voice. We saw his confidence grow. He noticed how through these stories he had something powerful to teach – his wife, or mom, or other people in his village. Many of whom also did not have formal education. He was giving them a chance to learn through these oral stories.

Even more so what I learned from Andre – was that in spite of all the hardships he endured. Throughout persecution and ridicule he faced for his beliefs. Throughout his illness that was eating away at his body – Andre’s faith did not waiver.

As Long As I Can Speak

One day after a trip from the clinic Andre asked us “when can we do stories again?” So, at his request, we continued to meet with him and work on the stories. There would be days when we would be discussing the stories and getting ready to record it, and Andre would have to lie down during our discussions. But when it came time to record the stories, he would get back up, and was ready to go and record. We often told him we can take a break, and finish another time – so he can get more rest. He always assured us –

So we continued to move forward.

For a while things were looking great, we were making good progress with Andre and the stories. Then – another hiccup. Through unforeseen circumstances – we had to abruptly move out of our home in the village and move to the capital about 1-2 hours away. That meant getting to Andre was going to be a little more challenging. Yet he was so willing to do whatever it takes to get these stories completed that we were able to work out for him and his wife to stay with us in the capital to finish the stories.

We worked hard continuously for a couple weeks – day in and day out to do the final recordings. Andre’s willingness and determination to get these stories completed was inspiring. Because in the end, we all knew it wasn’t just about completing a project. Or just about him recording a story. It was a chance to pass on something bigger, something that can transform his village, and essentially his people.

We were scheduled to leave Mali sometime in April 2010. We completed our story set near the end of March 2010. When we left we were able to leave behind the story set on cassette tapes with Andre and some of our other friends in the village. We did not get a chance to travel to the surrounding villages like we’d hope, to distribute the stories.

I did have an opportunity to return to Mali two more times after I left that April 2010. During those visits, I learned that our stories were being played on at least three different radio stations in country. It was reaching more villages than we could’ve ever reached on our own. We also learned that our cassettes were being reproduced and passed on. I even learned from other colleagues that Andre’s people were getting access to our stories in other parts of Africa, Europe, and the United States through digital format. All of this we didn’t plan for.

January 2012 was the last time I got to go back to Mali West Africa. It was also the last time I got to see Andre. I could tell at that time that his illness had really taken a toll on his body. Though physically he may look weak, he had a strength and peace about him that could only be explained by his faith in Jesus. Andre passed away later that summer. I will never forget him. And through these stories, he will live on. His faith, his resilience, and his undeniable strength is what truly helped turn these trials into triumph.

I share this story with you – perhaps you are going through a trial of your own. I hope that by hearing Andre’s story you too will find something or someone that will give you that inspiration to keep going…

Keep the faith, keep fighting – and one day see your trials turn into triumph.